Black history isn’t just something that we look back on. Black legislators, nonprofit leaders, activists, small business owners, artists, and the list goes on. History is being made right now. As a human services agency that supports people from all walks of life, we were excited to profile trailblazers in this field as part of Black History Month. 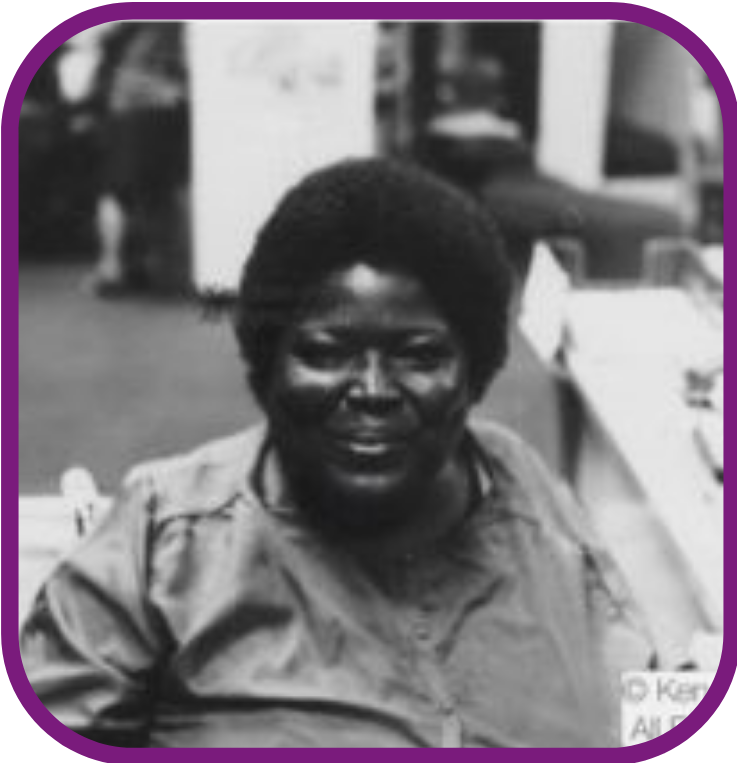 “Johnnie Lacy was a leader in the independent living movement and fought for the rights of people with disabilities, especially people of color. She led Community Resources for Independent Living, a nonprofit in Hayward providing services and advocacy. Lacy spoke of being excluded from the Black community due to her disability and from the disability community due to being a person of color. As a Black woman in a wheelchair, she educated her communities about race and disability and served as a role model for many other Black disabled women.”

In her own words, listen to Lacy’s oral history here. 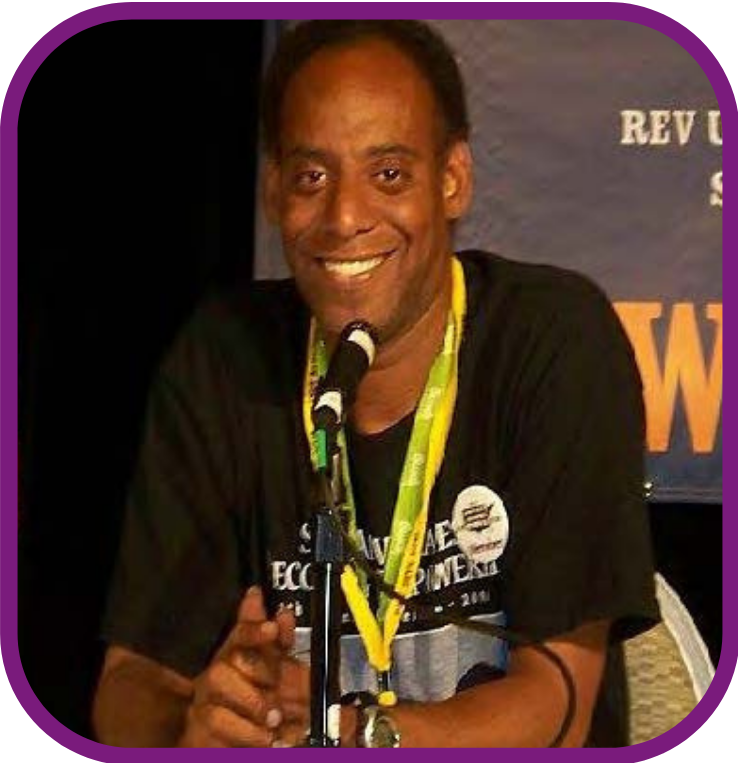 ” Craig Smith was a champion for the rights of people with intellectual and developmental disabilities in Massachusetts. A fervent support of self-advocacy, Smith helped co-found the organization known as Massachusetts Advocates Standing Strong to help others in the state advocate for themselves. He lived self-advocacy. He used his time on this earth meaningfully, as a staff member at Vinfen, a co-founder and Chair of Massachusetts Advocates Standing Strong, and serving on many committees and boards. Always with the goal of making the world a better place for people with disabilities. In 2009, just a year before he left us, Smith advocated for the name change of the Department of Mental Retardation, now known as the Department of Developmental Services (DDS).”

You can read more about the DDS name change here. 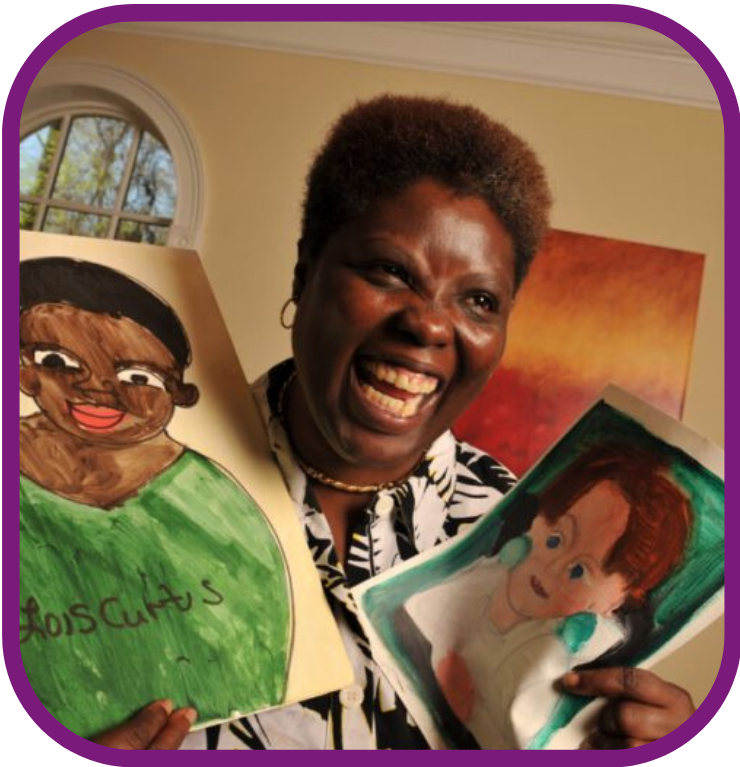 “Lois Curtis is an African American artist with intellectual and developmental disabilities and schizophrenia. Curtis paved the way for people with intellectual and developmental disabilities to get out of institutional settings and live within communities. During her childhood and early adulthood, she lived in state-run institutions, and her requests to live in the community were repeatedly denied. She sued the state of Georgia, and her case went to the Supreme Court. In the now-famous L.C. v. Olmstead decision, the Court declared that Curtis and other people with disabilities have a right to live in the community and to be provided adequate supports. The Court said the unnecessary institutionalization is a form of segregation and is illegal under the Americans with Disabilities Act. Curtis now lives in the community. While Lois Curtis’s contribution to disability and civil rights history is immeasurable, her life extends far beyond that seminal court case.”

Learn more about Lois’ life and her accomplishments here: 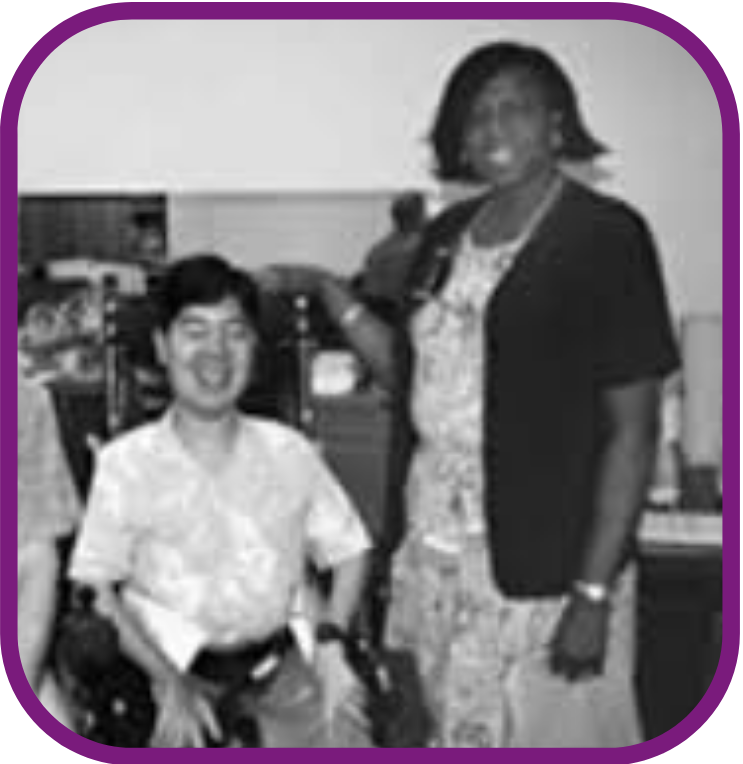 “Dr. Sylvia Walker was born in New York City, New York on July 18, 1937. She was blind, and few had expectations for her beyond the typical jobs such as clerical work. After more than 10 years and four degrees, Dr. Walker became an assistant professor in the School of Education at Howard University, and soon a full-time professor. She founded the Center for the Study of Handicapped Children and Youth at Howard University in 1975. She was a champion for disability rights and her research helped lead to the Americans with Disabilities Act (ADA). In 1994, President Clinton appointed Dr. Walker as vice-chair of the President’s Committee on Employment of People with Disabilities (AAPD) with fellow activists.”

In so many ways we see that Black history and disability history intersect. It has been such a wonderful process of discovering pioneers in our own field. We hope that after reading these profiles you’ve perhaps walked away with a new piece of information or a new appreciation for how far human services have come.