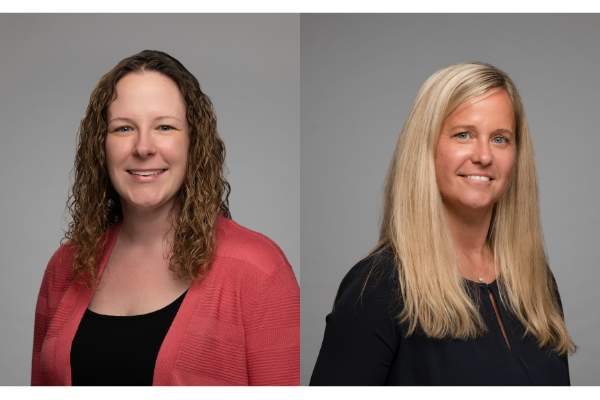 Women in Leadership: Front and Center at Incompass

What does it mean to you to be a woman in a leadership position? This is what we asked two Care Champions who were recently promoted at Incompass Human Services. Kelly Trickett is joining the executive leadership team at Incompass as Chief Operating Officer. Heather Mantell is going into her second year with a notable promotion as Director of Family & Community Services.

“To be a female leader is exciting to me.  Both personally and professionally, it means being the best version of me there is. It’s providing support to those around me and on my team. It’s being a team player, taking initiative, working hard, listening, making decisions, and being the driving force of change where change is needed.  It’s a whole lot of things but most importantly it’s being a role model to others who want to be leaders too,” says Trickett.

Mantell echoed similar sentiments when asked what the promotion meant to her, “I hope that they can trust me and understand my commitment to them as well as the people we serve.”

Trust. Support. Mentorship. All themes that play into the bigger purpose of strengthening the Care Champion culture at Incompass. Trickett speaks on the goals she has set for herself as she steps into her new role as COO, “I want to develop trusting relationships with the care champions at Incompass, emphasize and show the importance of teamwork, and make people feel inspired and motivated to continue to do what they do best when it comes to providing the best care possible to the people we serve.”

Trickett joined the agency four years ago and has proved to have a keen eye for innovation during her time here. Mantell is relatively new to the agency, bringing a fresh perspective and enthusiasm to the programs she’s been charged with including the Brain Injury Community Center. Both women share a vision for the agency’s future, one rooted in maintaining the quality of programs while identifying opportunities for growth.

“I am so pleased that we have such talented and dedicated leaders within the organization who are capable and ready to move into new and challenging roles with us,” says Incompass Chief Executive Officer Jean Phelps.

Please join us in congratulating Kelly and Heather on their new roles!